Music is a way for me to heal myself.  Both while listening to and making it, I use music to feel better, or to escape from the hard world.  I learn from it, or at least travel across the field from ignorance to understanding via music, and certainly believe it’s one of the best — if not THE best — tool to teach people about themselves, of acceptance.  It can be beautiful, scary, intellectually stimulating, bizarre, silly, dark.  It can make you remember things you’d long since forgotten, or put you in a place you’ve never been.

Music has always been something that I take as a potion, or concoct on my own.  When I’m listening, it’s a bit like consumption (more often at work, where it’s background sustenance to offset the stark, thankless fields of the job).  However, it goes beyond just taking in, because it lets me produce my own ideas, explore the future and the past in a way that illuminates both.  It’s the opposite of talking to other people — for me, music is private, a link to the soul.  And more than a bit like alchemy. 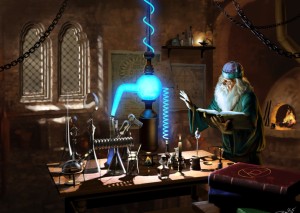 I’ve never reconciled this with the need to perform.  They just don’t seem to go together for me, which is very different from what I see for other musicians.  I believe I have skill (and have certainly played my fair share of shows), and am proficient at writing music that works in my world.  I put all of myself into it, and for at least the moment I’m working, it gives back.  Then, I am onto something else.  It’s fulfilled its purpose, even if I’m not necessarily satisfied with the end product. 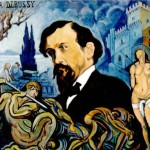 Over the years, I’ve become convinced the end-product isn’t really the point.  Music is absolutely a “working through things”, as Michael Murphy’s character said of art in Manhattan.  When I listen to Darkthrone, I’m working through aggression, hostility, not giving a fuck.  I might also have so much confidence in the bank at that moment, that I can burn through it by listening to dark metal, or some other “destructive” music.  (I don’t actually feel it “destroys” me, though who knows what a psychologist would say.)  Likewise, when I listen to Debussy or Ravel, I am applying something beautiful to myself — maybe I’m too stressed and need relief.  Or maybe, I’m in love, and it blows kisses to me. 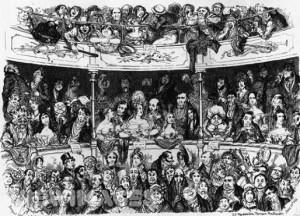 I read about other musicians who speak of communicating or sharing with their audience.  That sounds reasonable — but only so.  It seems strange for me to go out of my way to do this, like sharing journal entries.  The paradox is that I do crave respect and acknowledgement for what I do.  It’s almost as if I want to be watched, but not disturbed.  Some part of me wants to be discussed, analyzed, even copied, but not “looked at”, at least in so far as I can see the whites of eyes.  Eyes are interference, like the observer in quantum physics who alters the trajectory of whatever elementary particle they observe.

Ha, and none of this has anything to do with making money from music, which is still something of a mystery to me.