I was trying to figure out a clever, funny way of writing this, but I’m just going to come out and say: I gotta new album!!! 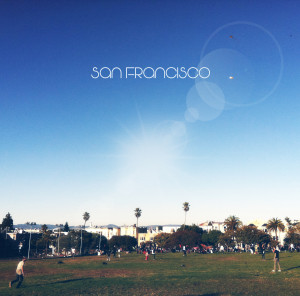 San Francisco is a project I started back 2006. I moved out to the Bay for no reasons other than curiosity and wanting to get started making my music happen. So, this album is the result of me going for that dream.   It’s a cliché, I know.  However, making this record before I left for NY was kind of an effin’ blast tbh, and the songs span the entire time the city let me grab hold of my wildest fantasies.

The music? Proggy, “composed”, quirky, but with a pop base. I’ve been compared to all sorts of people, but I’ll limit it here to Brian Wilson, Frank Zappa, Harry Nilsson, Igor Stravinsky, Max Tundra, XTC. You get the picture?  On top of that, I was lucky enough to work with the best musicians I know in the Bay.  I mean, how can you top that??

Anyway, thanks for reading, and I hope you like the tunes!  The album is up now at Bandcamp, but will available via iTunes, Spotify, etc starting November 10.

Jordan is a drummer, percussionist, composer, bandleader, conductor, video maker, and general craftsman based in Oakland, CA. I played with him for the last eight years in the Bay, and am lucky to know him as a great musician and friend.  He’s my rock!  http://jordanglennmusic.com/ 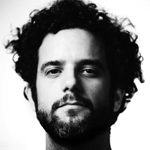 Aaron is a composer and clarinetist based in New York. I met him in the Bay, and he’s played in my band for the past five years.  He’s also a great cartoonist and friend. http://www.aaronnovik.com/

Jason is a bassist, composer and educator based in Oakland, CA. I’ve played with him for the past two years, and he’s seriously the sweetest dude I’ve ever met.  http://www.jasonhoopes.com/

Maryclare is a flutist, composer and improviser, and the Associate Dean at the San Francisco Conservatory of Music. She’s also one of my oldest friends in the Bay, a natural musician, and I miss her! http://www.maryclarebrzytwa.com/ 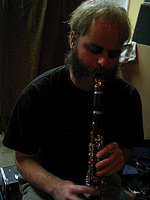 Matt is a clarinetist, programmer, composer and improviser based in Oakland, CA. He also leads SFSound, a great contemporary classical/new music ensemble in the Bay. I’ve been lucky enough to play with him for past seven years, and the Bay is lucky to have him too. http://sfsound.org/matt.html/

Nava is a percussionist and improviser based in Oakland, CA. Her sister Shayna also played in my group for many years in the Bay, and I’m proud to say that I was one of the first people Nava played with after arriving in the US from Japan in 2008.  Now she’s a superstar! http://www.navadunkelman.com/ 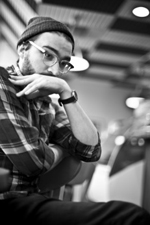 Mark is a percussionist, composer and improviser based in Oakland, CA. I first played with him on a production I did of Stravinsky’s Les Noces in 2010, and soon realized I couldn’t live without his skills. http://www.markcliffordmusic.com/ 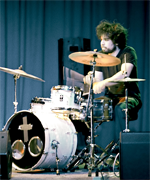 Robert is a percussionist and improviser based in Oakland, CA. I first met him through William Winant, who heads the percussion department at Mills College, and along with being a versatile player, he’s a cool dude to boot. http://robertlopezmusic.tumblr.com/

Kasey is a saxophonist and improviser based in Oakland, CA. I must have met her through Aaron Novik, and first played with her with the Fred Frith Gravity ensemble. She’s an incredible improviser and one of the most humble baddasses I know. http://www.kaseyknudsen.com/

Kyle is an oboist, composer and improviser based in Oakland. He plays with Matt Ingalls in SFSound, and I foolishly didn’t ask him to play in my group until my last year in the Bay.  Better late than never, because like Matt, he’s a fantastic player and incredibly versatile musician. http://www.kylebruckmann.com/

Many will know Phil from his work with Trans Am, the Fucking Champs, Life Coach and many others. His new studio (conveniently known as El Studio) in San Francisco was home for the album sessions, and he was a total pro during the process. We were honored to work with him and you should be too! http://www.philmanley.com/

Thanks for reading!  I REALLY hope you like this record, as it was a joy to make.  Forever <3 San Francisco.