It’s been a FANTASTIC YEAR of listening for me.  I found massive amounts of new music, mostly via the internet, and listened to more raw music data than any year I’ve kept track.  Metrics!!  I can’t say it’s been as great making music — but it actually hasn’t been bad either, just no real complete “songs”.  Tons of loops, ideas, sketches, etc.  Better to try to stay in shape, race or no race, right?

Most importantly, I found music that meant something to me.  2017 was a crazy year, on all fronts, but I found ample opportunity to experience life under the influence by tons of inspiring music, from all over the place.  I learned about new classical music from composers I already knew, and discovered new composers and players.  I learned to love music made out of samples, and live improvisation.  Hell, I learned how to EDIT a sample.  Only 30 years late.

Anyway, I didn’t want to let the year end without writing about some of it, and thanking the artists for everything they gave me.  I love you goreshit, Popol Vuh, Germaine Tailleferre, Les Baxter, Nelson Riddle, Jun Chikemua,, Yasuaki Shimizu, Machine Girl and many others I am probably forgetting.  Sorry, I just turned 44, and it’s hard to remember who I was last January.

goreshit
What to even say about this guy?  I listened to the complete shit out of him this year, and if he put out something today (which he might!), I’d be all over it.  It’s punishing/shrill stuff too, some of which I actively DON’T LIKE — but the spirit of which, I still love.  Why is that?  Off the top of my head, because it reminds me of me.  It’s intense; single-minded in execution.  It’s also super playful, and pretty harmless once you get past the initial artillery round.   Not sure anyone else would describe goreshit like this — and that’s “gore” “shit” btw —  but that’s how it comes off to me.

I love his drums.  They’re mostly samples/drum machines from the 90s, from drum’n’bass, techno/house, jungle, trance, etc.  I love those sounds, even if I don’t like all the music.  goreshit’s thankfully got me messing with those same sounds in Ableton, and though I’m far from his level, I can’t say it isn’t super fun.  When I was younger, I didn’t care about sampling — now that I have a kid, it’s the only way to get a “real” band!

So, yeah, goreshit’s awesome, and I’m genuinely thankful I found him.

Popol Vuh
PV were a strange case for me, because I’d already heard their music, and thought I didn’t like it.  First hearing Einsjäger & Siebenjäger, I wondered why anyone would want to listen to a drippy, neutered Can.

And then I grew up, had a kid, and realized that it’s not drippy; it’s cosmic.  It’s not neutered; it’s a love god(dess).  And it’s not Can either, it’s fucking Popol Vuh!  These guys made truly psychedelic music, in the same way that mystic religion and ancient rituals are psychedelic.  It allows you to see or feel something from beyond another dimension.  When I got into this music in 2017, it did lift me out of my otherwise uber-urban battleground — and set me down someplace much calmer, nicer and happier.

So was it just musical Calgon?  Maybe.  Since that’s not my usual music order, I hope it’s more — and as I’m still listening a whole 6 months later, my guess is that it is.  One never knows about these things.  Very cosmic.

(and let’s be real, yes it is my order, thank-you-very-much brief-but-spectacular Steve Roach phase)

Germaine Tailleferre
Tailleferre was a French composer from the time of Ravel.  Her music definitely reflects that, and also of Debussy.  And there you have it: I love Ravel & Debussy like fathers, so how couldn’t I love more?  I listened to Tailleferre like wildfire this year.  Her piano music has been in constant rotation since I first heard it, and I don’t see that changing soon.  And full credit: her harmony is her own, often refracting out into dissonant branches where her influences wouldn’t have ventured.  Sure, I guess I could explore further from my own influences in piano music, or just listen to Claude or Mo again instead…  but life is for the living!

Yasuaki Shimizu
I think I discovered Shimizu though vaporwave, tho he’s not a vaporwave artist.  His records had been cited as influences for the genre, and especially on Music for Commercials (1987), his music had a cool, atmospheric vibe perfect for a digitally streamlined alternate future.  From the 80s.  Anyway.

Shimizu also happens to be a great saxophonist, and his arrangements of Bach’s Goldberg Variations for classical sax quintet took me by pleasurable surprise.  I love those pieces, and even on just a keyboard, they’re rich and complex in ways that I (hope) will never get tired of hearing.  But arranged for saxes adds a supple richness, and makes them seem not just divine timepiece counterpoint, but beautiful, flowing images of love and nature.  Seriously, this recording has become my go-to for these pieces.  Nuts!

Jun Chikeuma & 90s video game music
So, I go through phases.  It’s what I’ve always done.  I get a hankering for something, try to figure out what it is, then look for and listen to as much of it as possible.  I don’t know how or why this happens, but I’m not complaining, since it results in endless, great music to my ears.

To the best of my recollection, the first part of this year went thus-wise: Steve Roach & new age > Popol Vuh & a brief Kraftwerk thing > old trance, jungle & drum n bass > 90s video games.  It kind of makes sense (to me), though the video game thing was a tangent, as I only happened to read about one soundtrack while looking for trance.

Anyway, Jun Chikeuma wrote the music for a long running Japanese game series called Bomberman.  It started in the mid 80s as an early PC title, and the music was suitably 8-bit and old-school BASIC. However, by the mid-90s, game consoles were more powerful, and capable of playing more data-heavy kinds of music.  Chikeuma’s sound track for Bomberman Hero (1998) is super fun drum n bass/breakbeat, delivered in small chunks, and with brilliant, ear-worm melodies.  The album was instantly addictive, and it had the added benefit of shooting me off into the breakbeat/core rabbit hole (see goreshit above), from which I haven’t yet returned.  Thank you Jun, and thank you random luck of music phases!!!

Les Baxter & Nelson Riddle
I was well aware of these guys already, and in fact had gone through phases with them many times in the past, particular back in my swinging, Swingers–watching college days.

This year, when the urge hit, I decided to go into the back catalog.  With Riddle, I found some gems, particularly his Sea Of Dreams (1958) album — which, even though my friend called it “Ravel-lite” (which it is), doesn’t mean is not great (which it also is).  I didn’t find any album as good as that in Baxter’s catalog, but I listened to the hell out of his comp on Capitol.  No big whoop, just ace, soothing exotica with the sweet, sweet reverb and deep bass that keeps us warm at night.

So, thank you 2017 musicians and artists, and all your wonderful sounds.  Thank you wife & daughter for putting up with the volume, and most of all, thank you music.  Forever & ever. 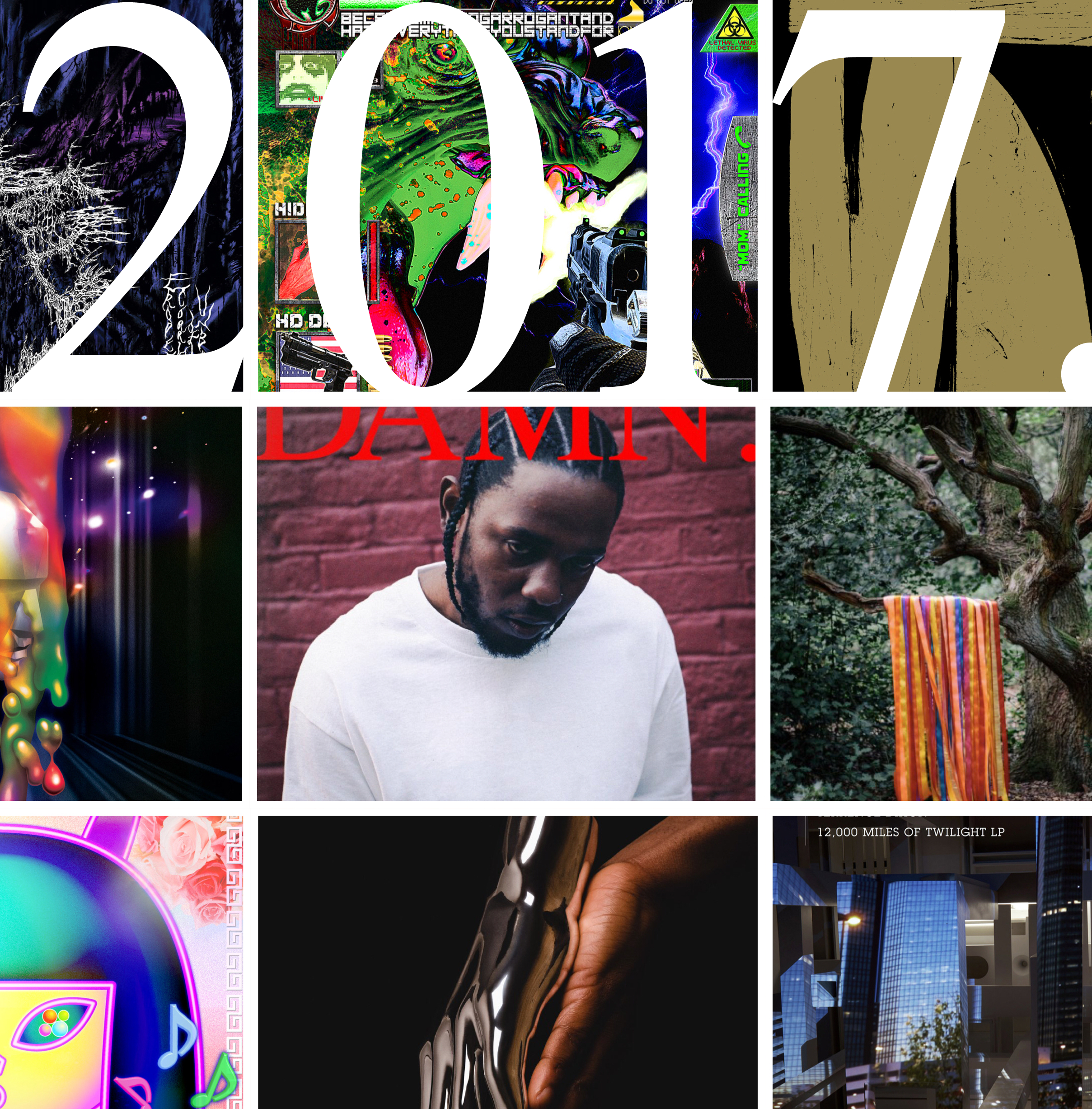 It’s been a FANTASTIC YEAR of listening for me.  I found massive amounts of new music, mostly via the internet, and listened to more raw music data than any year I’ve kept track.  Metrics!!  I can’t say it’s been as great making music — but it actually hasn’t been bad either, just no real complete […]

Hello there! I’ll be back in San Francisco to play the fabulous Switchboard Music Festival June 18.  I’ll be joined by the full band who played on the San Francisco album, and can’t wait to play these tunes live for you.  We hit at 3:00 PM!  Tyondai Braxton is headlining, and it should be a great day […] 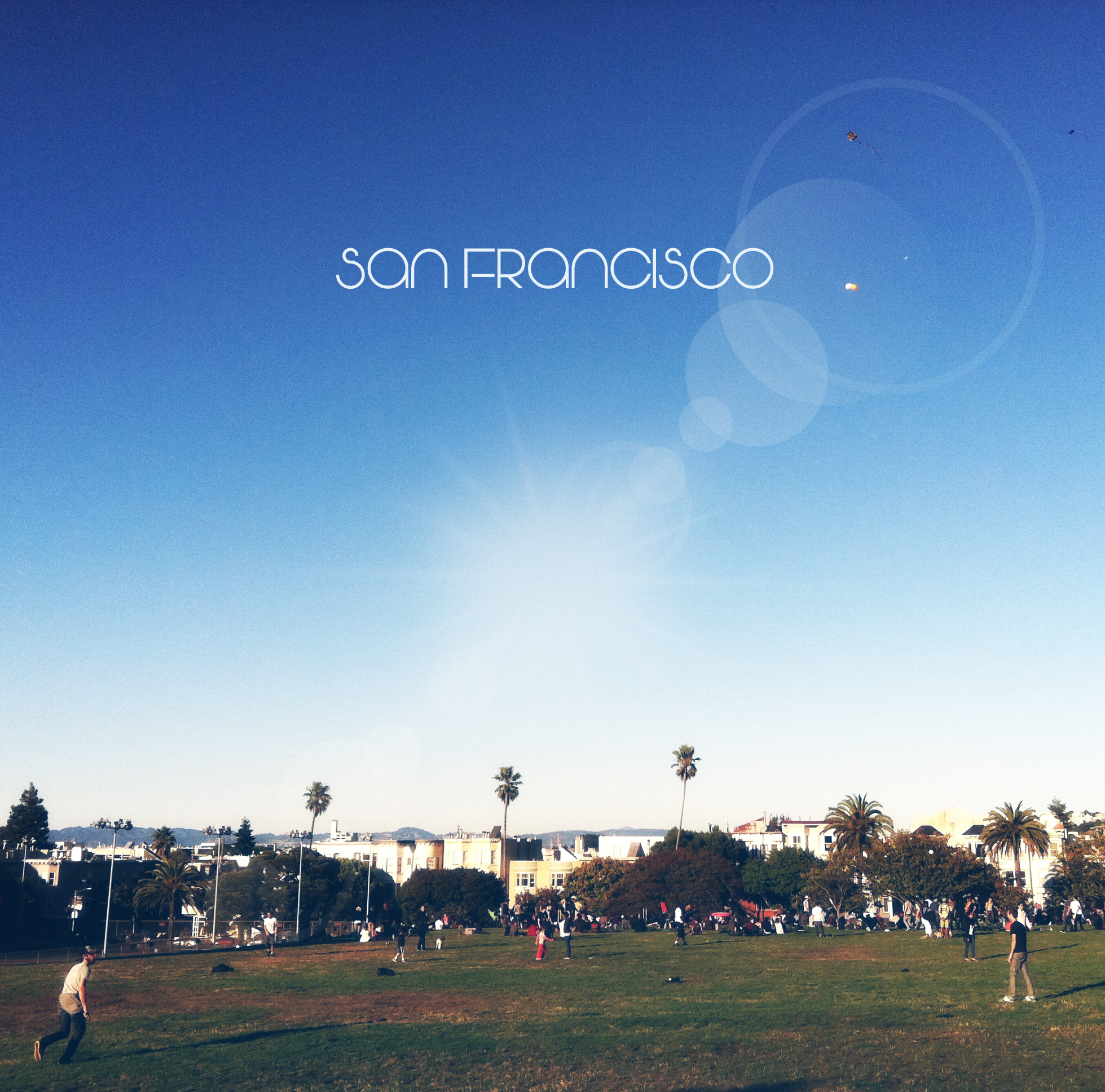 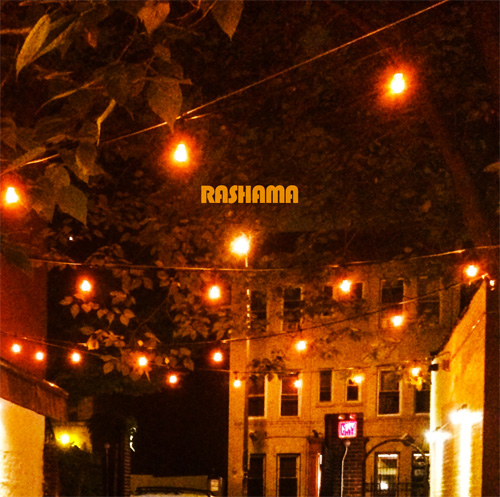 Happy summer! Hope you’re taking it easy and getting some rays.  Or, I hope avoiding cancerous rays and getting a shit-ton done.  Either way, don’t forget the sunblock. Want to share a new track I’ve finished.  It’s called “Rashama”, and is short and sweet.  Check it out below, and feel free to pass it on. […]

Hello again!  And happy Spring!  It’s almost Summer!  I can’t believe how excited I am!! Let me use this excitement to invite you to my show on May 24 at Cake Shop in Manhattan.  I’m sharing the bill with my old friend Thomas Dimuzio (out from the Bay on an east coast tour), the incredible […] 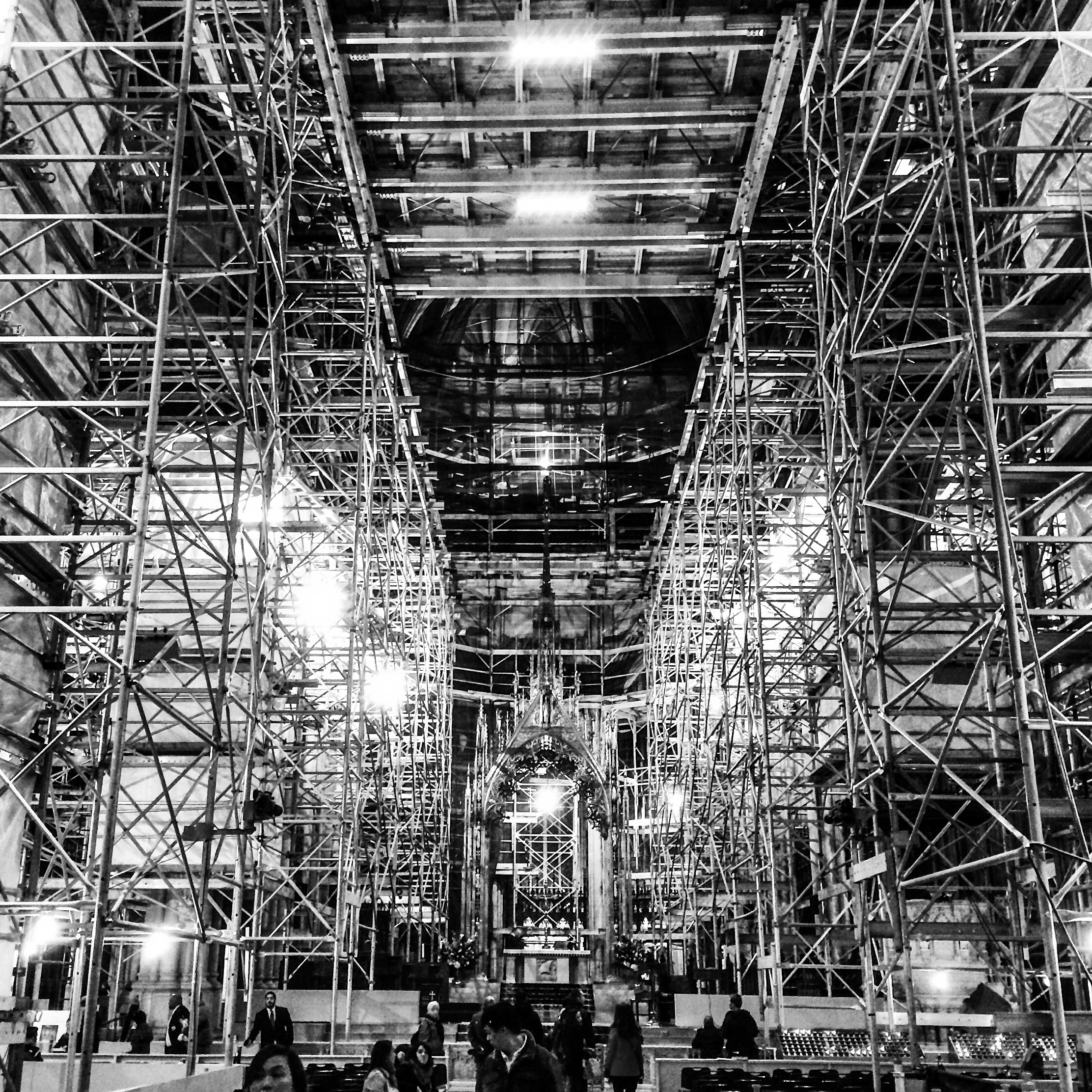 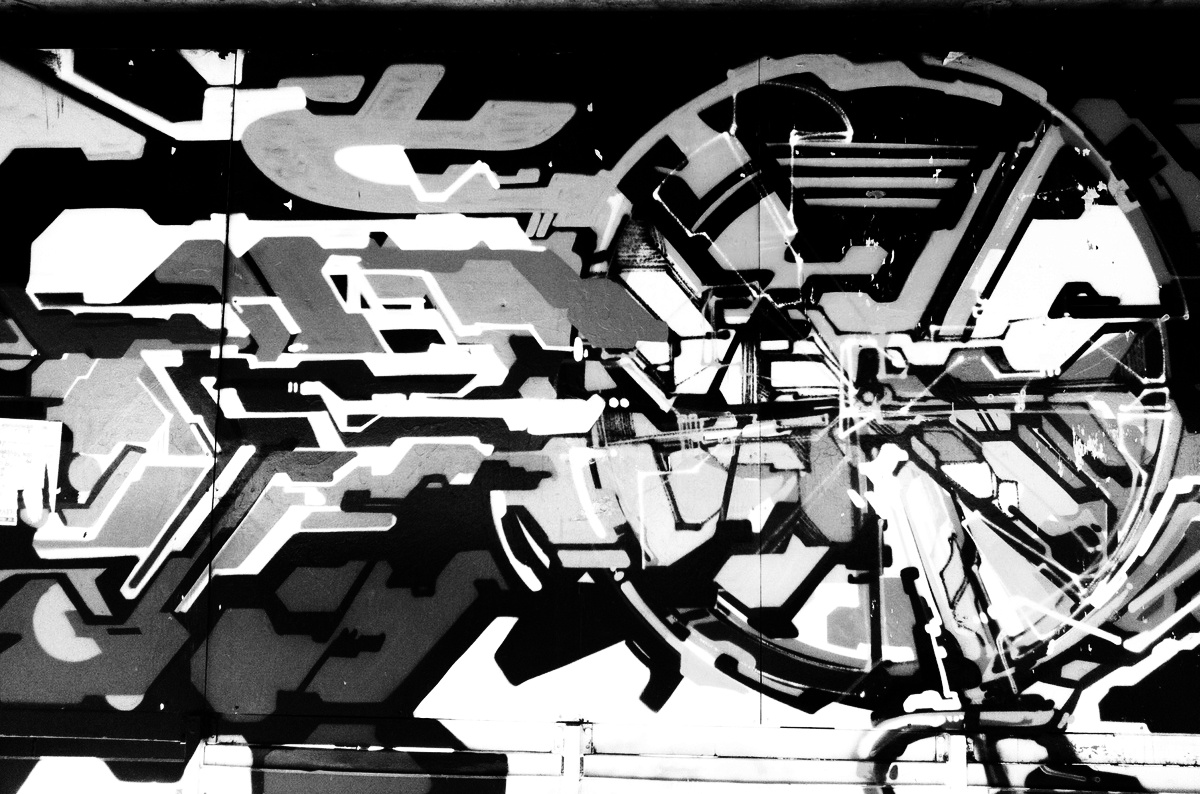 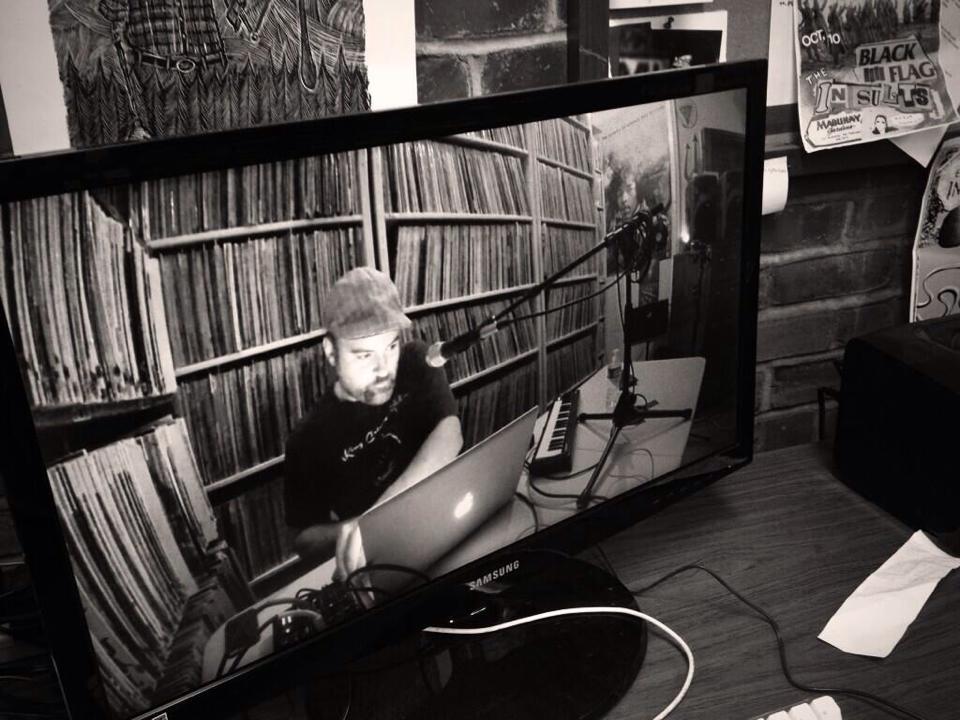 Hi there!  I recently played a live set as part of KFJC’s annual 24 Hour Drone, where two dozen Bay Area experimental artists play hour-long sets during a marathon, uninterrupted (but for periodic DJ updates) slab of pure, unadulterated noise, drone and otherwise unclassifiable commotion.  It was a ton of fun, especially because I rarely […] 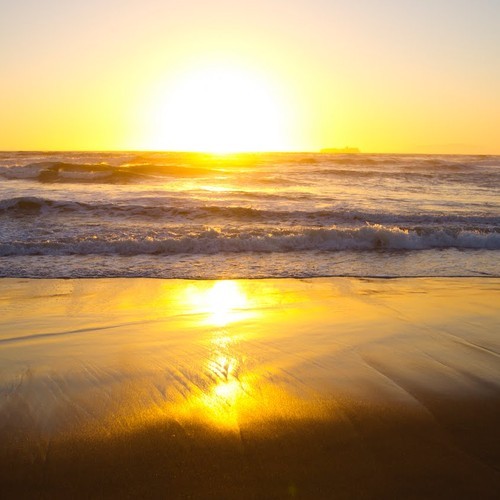 Hello there.  Summer is just around the corner, and that can only mean one thing: boredom!  Just long, lazy days of staring out the window into the sunny California afternoon, wondering how anyone makes it through the day without tumbling over in a fit of apathy and inactivity. To pass the time (and someone has […]

Hello! Hope you’ve been keeping busy, rising out of the winter funk into a funky summer. Pardon my liberal use of the word “funky”, but the weather’s too nice to keep things bottled up. WWGCD?* First up, I want to tell you about some exciting shows — chiefly Fred Frith is bringing the GRAVITY ensemble […]